Welcome to the Tzenkethi Border. 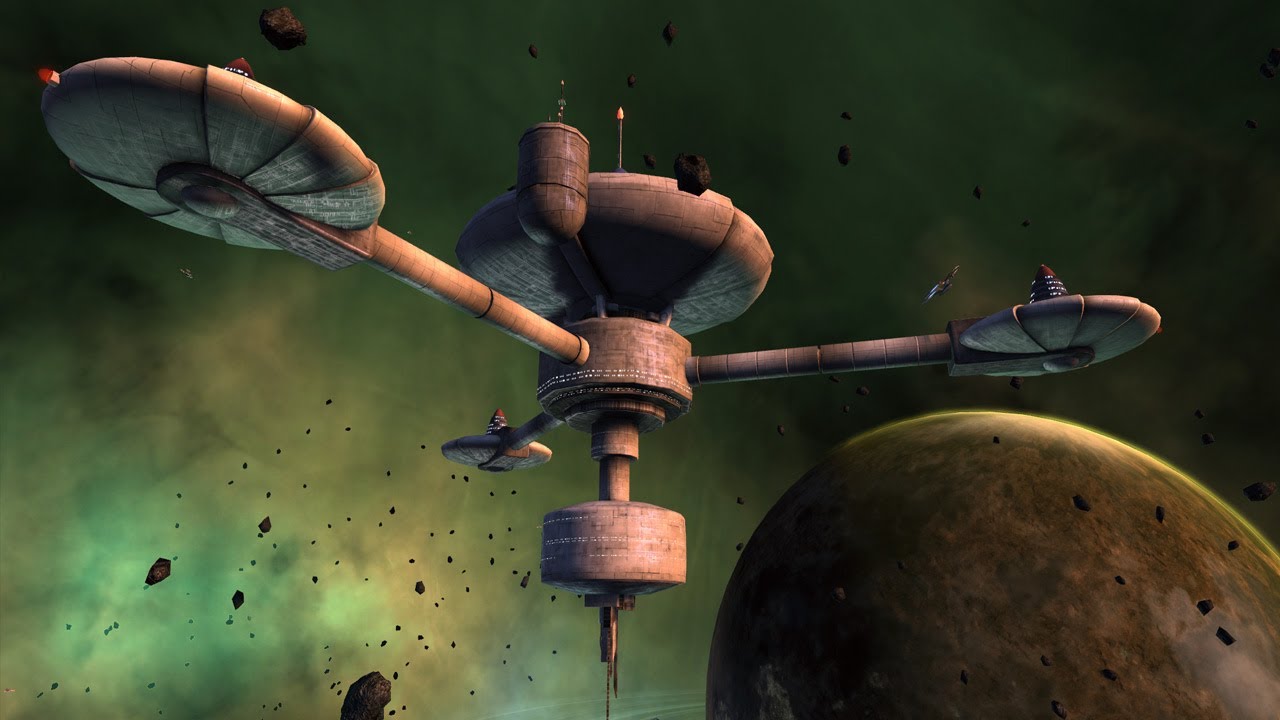 Built originally as a trade and supply outpost, Deep Space K-17 has had a long and rich history.

Following the Federation's first war with the Tzenkethi Coalition in 2280, Starfleet deemed it prudent to convert the K-Class outpost and to operate it as a listening post on the Tzenkethi Border. Gone were the days of vibrant trade and commerce, giving way to a much more solemn and serious tone about the station.

In 2361, the Tzenkethi and the Federation entered into another conflict which eventually resulted in a ceasefire in 2363. This time the Coalition went into isolation from the Federation.

Deep Space K-17 continued to function as a listening post, but quickly began to fall into disuse. With the Tzenkethi deep in isolation from the Federation, there was little need for a a full compliment to man K-17.

Over the next few decades Deep Space K-17 became a dumping ground for Starfleet's malcontents and non-starters. It became synonymous with career purgatory.


Deep Space K-17 is a proud member of Pegasus Fleet.


This game is governed by the Pegasus Fleet Rules and Guidelines.

“Fascinating isn’t it?” Tristor asked, “Like stepping into history.” He spoke, of course, about the antiquated station he and his colleague had just beamed to. “To think these were once the pinnacle of frontier stations. Hubs of commerce and activity.”

“ This is amazing. I have always had an interest…

The Hangar Bay of Deep Space K-17 had been more or less untouched for the better part of the last few decades. The air was stale, the lights flickered overhead, and a thick layer of dust had settled on every surface in the vast room.

Rei and her squad came…

Larisna straightened her jacket as she stepped onto the transporter pad. It was hard to not just draw assumptions about the kind of people dumped on Deep Space K-17, but she herself hated when people only judged her from her own service record. It had led to a lot of…

» Strangers At The Door

Grundmanis was still in Ops, resuming her post after the Senior Staff dispersed to their duties. She was watching her console, waiting for the Tzenkethi ships to enter range of the station's comms.

Skot had spent the last several hours, ever since his abrupt wake up call in the middle of the night, with his head berried in the stations second phaser array, this one requiring less work than the other two. He was fighting lack of sleep, a steadily increasing caffeine withdrawal,…